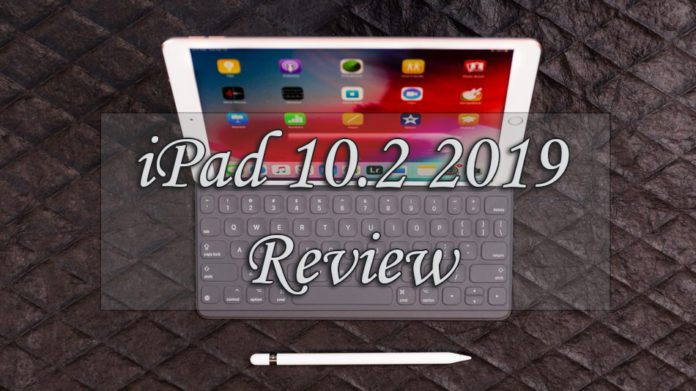 Last month, the entry-level iPad was updated and we have got the iPad 2019 10.2 inch version. The new iPad has a slightly larger screen and a smart connector. This connector lets you attach Apple’s smart keyboard to the iPad. Considering the price as it remains at $329 to start, we can say that it is one of the best deals in technology. This new iPad is able to do much and more than other tablets that fall in this price range.

Two changes that everyone notes in the latest Apple iPad are a bigger screen and a smart connector. Buy these changes aren’t much and of course they wouldn’t be enough to make the iPad retain its status as the de facto tablet that most people are willing to buy. iPadOS has accomplished this task and introduced a beautiful, intuitive operating system that helps make the 7th generation iPad a fantastic one. It has a strong productivity machine that won’t break the budget.

If we were to describe the new 2019 iPad, we will do it in three succinct ways; bigger, budget and basic. The 10.2-inch new display is bigger than the previous 9.7-inch screen size. This iPadOS helps you when you want to use the split view. In that case, every inch of the fraction is important and the actual iPad doesn’t have that much larger dimension.

Apple’s fabric smart keyboard cover is also very compatible. It helps to work better than often-unreliable blue tooth keyboards. There is no syncing and charging needed.

You can simply snap onto the Apple smart connector. It is the very first time when the pogo-pin port has appeared on a basic iPad. You can also get the keyboard separately. You can also use Apple Pencil which is also available separately but can be quite expensive.

The new Apple iPad 2019 has a familiar design with a solid feeling. It has an adorable aluminum shell, glass on the top and of course the traditional home button. The new iPad comes in brand new three colors silver, gold and space grey. The height and width of the Apple iPad 2019 are almost similar to that of Apple 10.5 inch iPad Air 2019. But it’s just not as thin and light as the Air one.

It exactly has half of an inch extra display. It is one of the modest improvements over the classic iPad screen size. Apple has also increased the LCD’ resolution as it has kept the same pixel density as of the iPad predecessors. The display is colorful, bright and most of all it supports the Apple pencil. This iPad is a fine choice for Netflix lovers. People who love to play games can also get many benefits from this. It has a 4:3 aspect ratio which is primed for reading.

This new Apple iPad 2019 has the capability of handling the rigorous apps. You can play high-end 3D games and can do light video editing on the iPad. It has the same A10 Fusion chipset. Apple over the last year did one prominent change and that is increasing the RAM. They have increased RAM from 2GB to 3GB in the last year. But for sure Apple needs to do a little more effort on the internal storage. The 32GB and 128GB are more pressing and is sorely missed. We can say that extra RAM is a modest upgrade on the iPad.

You can buy this new Apple iPad 2019 if you are looking to replace your iPad for cheap and want a second mac monitor. In the case you can’t upgrade your iPadOS this is the must want.

Cardi B and Finn Cole joining Fast and Furious 9.

0
Fast and Furious is one of the famous film franchise right now. It has boxed millions of dollars in the...
Read more
Movies

0
Riverdale is CW's teen drama/mystery TV series that is based on Archie comics. Season 1 was released in January 2017, there are...
Read more