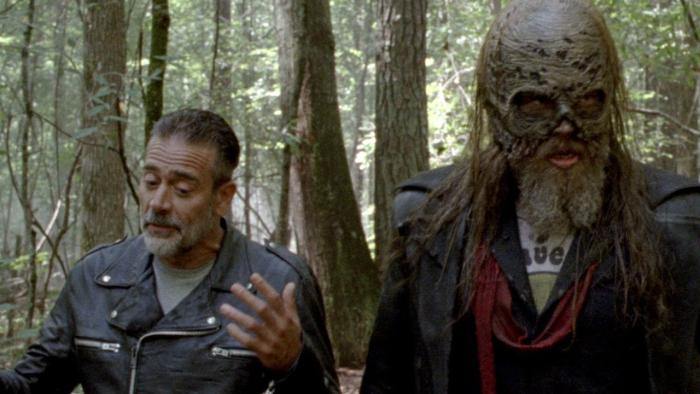 The show’s 10th season is readily progressing towards its end. There is no doubt that this season has been so good so far. However, we have gathered all the theories people as talking about on Reddit.

The community of The Walking Dead on Reddit is quite big. Nearly one million people are in the community. However, many people and fans share their theories about the show. Some of the theories become true sometimes. Sometimes the theories are completely related to comics and hence they become true.

Negan has become one of the favorite characters on the show. He never shuts up and has some great leadership qualities. He is fair and sometimes he horribly bashes heads but it is one of the reasons we like Negan.

But there are these top Negan theories that fans can not help but believe because they seem related to the plot.

Negan has an agenda and definitely he is out there in the danger to accomplish something.

Fans are believing that he will team up with Beta. Lately, beta and Alpha are not on the same page and are having clashes lately. These clashes can turn into complete battle if Negan becomes successful in manipulating Beta.

4. Negan wants to become the leader of Whisperers

Negan is a changed man and it is true as well. He is not dumb or stupid like the previous seasons’ villains. He is not completely evil and lately, they have shown some certain scenarios where Negan can be seen doing some really good deeds.

Negan does not kill children and he is against social evils like Rape. He provides shelter to the weak and even though he has done some horrible stuff back then he has some good leader qualities.

However, he can kill Alpha and Beta and take over the whisperers. Whisperers already seem like they are having a bad time surviving like this.

Negan can lead people and now he is fair and back to normal self. Who knows he can prove to be the best leader on the show.

3. Negan Will Kill Alpha to improve his image.

Negan has a bad reputation and nobody seems to like him because of his head smashing past. However, if he kills Alpha it will definitely make him a hero in front of the people and he will live there in peace. So, it makes sense that Negan wants to kill Alpha to make himself part of the community.

2. Negan wants to be Leader again

Negan seems sad and depressed many of the time because once he was a leader. However, there is a possibility that he is there to kill Alpha to become the leader of a community.

1. Carol and Negan have a plan according to the Reddit community

Now you can earn by selling your data to Facebook

0
Facebook has been accused with many data stealing scandals over past few years but now they intend to do it legally with...
Read more
Movies

1
Tom Cruise and Top Gun are returning to the big screens this year after 3 decades. It's been so long since...
Read more