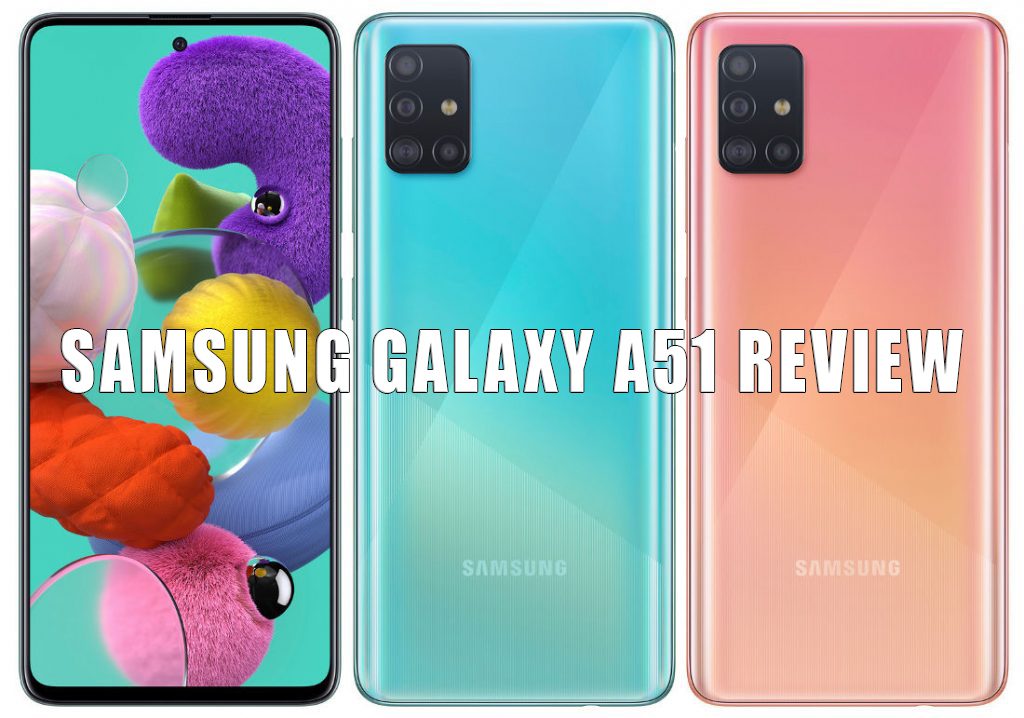 After Galaxy A50 and A70, Samsung has introduced a new budget smartphone in the A series Family, which has a quad-camera setup. The design is quite similar to S10 Lite. Samsung Galaxy A51 has a bigger display and better camera than Galaxy A50. A50 was one of the most successful Samsung smartphones.

The size and weight of Samsung Galaxy A51 is quite similar to that of A50. It has a plastic back with a 4 rear camera setup, the frame is also plastic. The front glass is coated/protected by Corning Gorilla Glass 3. The dimensions of this phone are 158.5 x 73.6 x 7.9 mm and weight is 172g. It is comfortable to hold and looks pretty premium. It has a Type-C charging port that only supports 2.0 USB. There are 5 different color choices for this phone Blue, Prism, Black, White, Pink.

The screen size of A51 is a little bigger and better than it’s predecessor Galaxy A50. It has a 6.5 inch Super AMOLED capacitive touchscreen display. The resolution of this phone is 1080 x 2400 Pixels(FHD). It has an in-display fingerprint sensor.

Performance of Samsung Galaxy A51

Samsung Galaxy A51 comes with a Big Non-Removeable Li-Po 4000 mAh battery that can easily last up to 24 hours on a single charge. It also supports fast charging 15W.

Price of Samsung Galaxy A51

How to Make Money Online By Sharing Your Internet: HoneyGain

How The Walking Dead is bringing dead characters back.

0
The Walking Dead is going to surprise fans with new series or movie. Scott Gimple the writer for the current Rick Grimes...
Read more
Technology

Everything you need to know about Huawei Honor 9X

0
The Red Headlines are just about Honor 9X that will in the market soon. Who’s excited about it?...
Read more