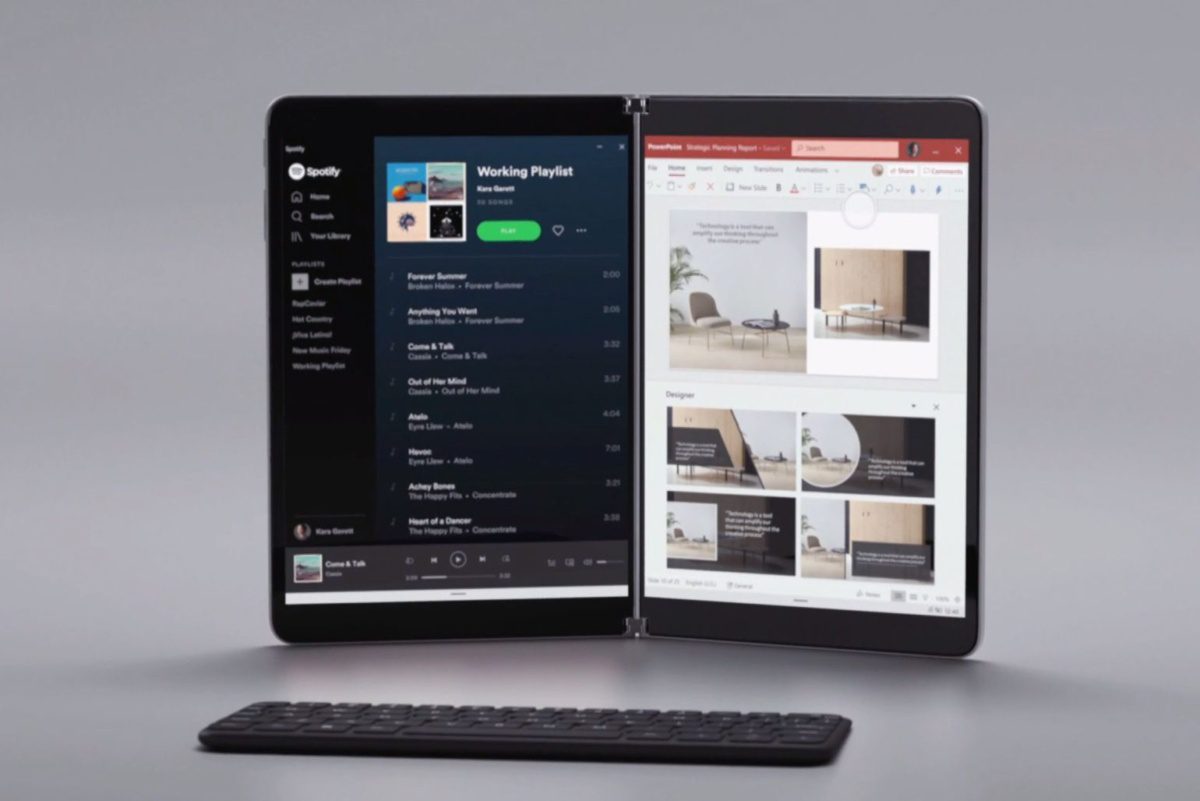 Windows10X is a new edition of Windows 10 that is solely built for devices that are foldable or have duo screen like Surface Neo ( a new dual-screen Surface device that runs Microsofts’ Windows 10X Operating System which is powered by Intel’s Lakefield Processors with a 9″ display joined together by a full friction hinge).

It is a blend of traditional desktop interfaces with the concepts that can normally be seen on mobile phones or mobile tablets. Windows 10X is not an OS upgrade if you already own a PC. It is a software that can compliment highly flexible, multi-purpose and multi-posture devices perfectly.

Some of the important features of Windows 10X are as below:

1. It has a powerful, context conforming and mobility focussed operating system.

4. An updated UI that can handle duo screen and can perform multi-tasking as well.

5. Availability for both foldable devices and Clamshells.

6. It can flip and fold and slide into many configurations along with intelligently repositioning of apps.

9. The Battery life of Windows 10X using dual screen is feasible throughout the day because of the Win32 App containerization. When a user opens a desktop app, only the Win32 subsystem would be loaded thereby saving precious battery life.

10. The screen can recognize the magnetic keyboard which then creates the Wonderbar that is a carved out section of the display that the keyboard is placed on that you can use.

11. We can click, drag and drop apps across two screens by using the Span gesture.

12. Increased mobility as things can be done faster than ever.

14. Configurable taskbar with the user being able to have either a centered taskbar or a left-aligned taskbar.

15. The start menu in Windows 10X is being called the Launcher that is devoid of the Live Tiles seen on the desktop with the latest software. The Start menu of Windows 10X is redesigned to show recent documents, pinned apps, files, and a search bar. That’s why it is called the “Launcher”.

a. The search bar can search the device locally as well as in the cloud i.e OneDrive.

b. The start menu includes the local as well as web apps.

16. Seamless updates in the background that won’t interrupt the going on critical work of the user.

18. The bundle Office apps like Word and Powerpoint would be native to Windows 10X as they would be the PWA versions wrapped in UWP wrapper.

Windows 10X would be launching soon in 2020. Microsoft officials have revealed that Surface Neo powered by Windows 10X will be made commercially available during the holiday 2020. There would be a variation in size, design, and specs of the first wave of devices and they all would be powered by Intel.

0
Mission impossible a movie series. It was first released in 1996. it was adapted from a TV series of the same name....
Read more
Movies

0
Stranger Things Season 3 is out globally now including Pakistan and India. We are very excited about the show.
Read more